My friend Keisha and I decided to take the weekend off and spend some time in Rome. It is one of the most traveled to destinations in the World, and has an extensive history that you have to see to believe!

If you don't live in Europe, the only real way to get to Rome, is you guessed it: Fly there.

Short story time! One night I was cooking dinner and I got a travel notification from Scott's Cheap Flights for super cheap flights to Rome from JFK! As soon as I saw it, I called up Keisha and told her to get me her passport information because we are going to Rome for a weekend. Our flights were around $350 round trip. We traveled using only carry on bags, which were included in the price of our ticket; we did the "Light Fare" price.

The airline we flew with was AirItaly. It's a brand new Qatar Airways-owned airline that started in February 2018. Knowing that it is owned by Qatar Airways, I knew the flight was going to be ON POINT and it was.

Ya'll, now what's the deal with airplane food? Because this food, was surprisingly bomb and it came with WINE! Like, yas! Before the meal came around, we were given a little menu to see what we wanted to eat. 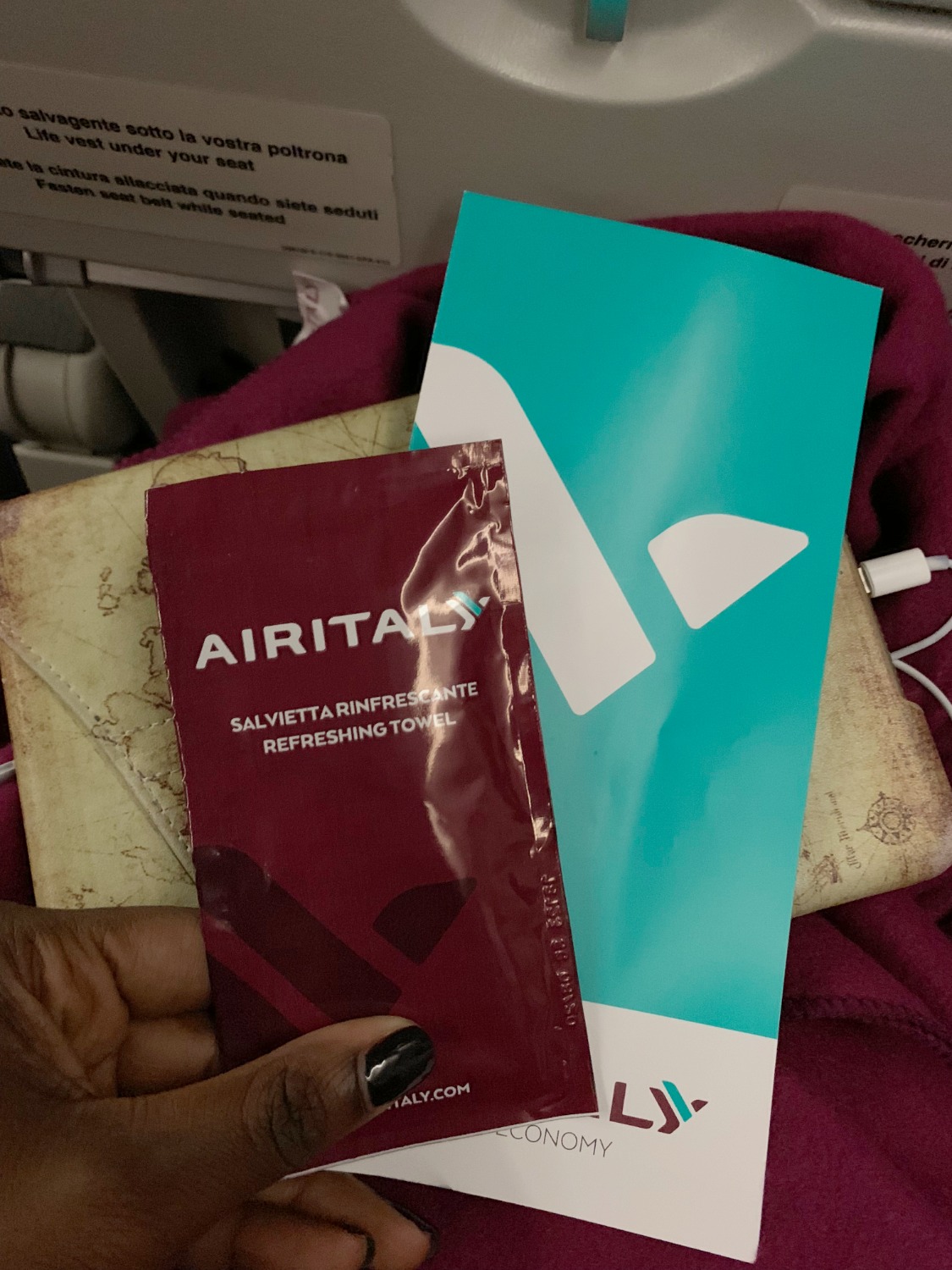 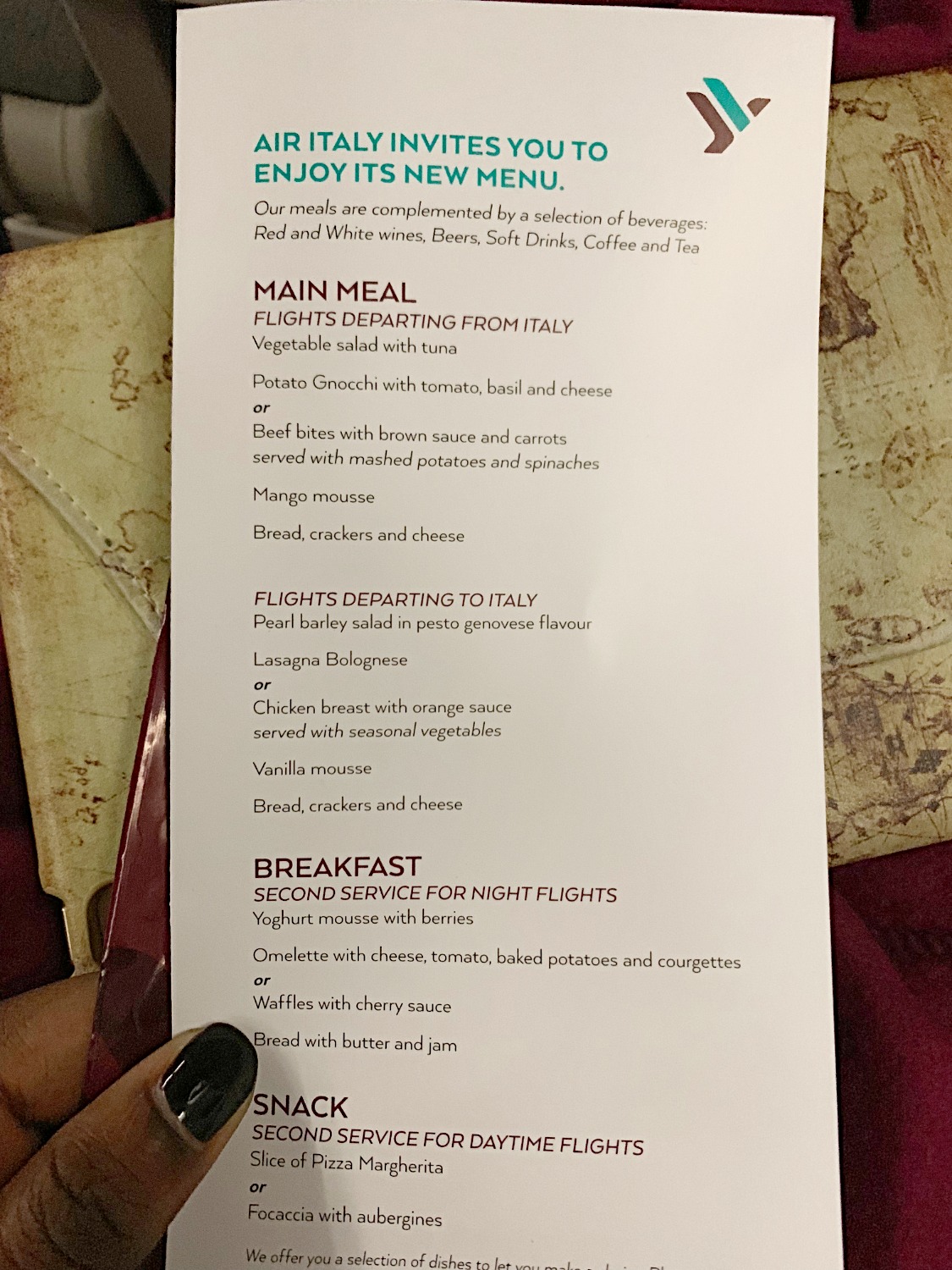 We had a short layover in Milan for about 2 hours, and we then landed in FCO (Fiumicino Airport), Rome at 1 PM. We took Trenitalia from the airport to Roma Termini (central station). From there we hopped on the metro, which was €1,50. This was the cheapest way to get to and from the airport for us from our AirBnb.

Rome is a very walkable city, and if you are able bodied, I would really recommend just walking everywhere and taking the bus or train when your feet are dead. I wouldn't recommend driving in Rome as traffic patterns are wild, and you will get eaten alive if you don't drive properly. Taxi's are an option, but always quite expensive!

Our AirBnb was a short 15 minutes away from the Vatican. (Click on this link to get $40 off your first stay!) It was great because we each had our own room, and the place was beautiful and super cheap! There's also a plethora of hotels and apartments and AirBnb's to stay in, you just have to find the one that best fits in your budget.

Ok so this is where we get into the fun stuff!

The Vatican is by far one of the most iconic basilicas (essentially a large church) in the world. It is also, not technically in Rome, it's in Vatican City. Vatican City is an independent City-State that is under the jurisdiction of the Holy See, a.k.a il Papa, a.k.a. pontifex maximus, a.k.a. the Pope.

This photo was taken at 7 am, right when the sun was rising

Make sure if you decide to go to the Vatican, know that it is free to enter and to go very early in the morning or you'll be stuck in very long lines. Keisha and I got there just before 7 am and we waited about 15-20 minutes to get inside.

LOOK AT THAT ART WORK!

The Pantheon was one of my favorite places to visit specifically because I took Latin in high school and college and learned a lot about it, and I learned about it in my Art History classes! It was formerly a Roman temple, and is now a church.

I recommend getting there super early so you don't have to wait in line for hours because it is free to enter! Also make sure to admire the architecture and stand under the oculus in the center!

The Colosseum is probably one of the most iconic features of Rome. If you want to visit it, you HAVE to have tickets to get in! Normally you have to book it months in advance, but some how, some way, the Roman gods were looking down on me and I found ticketsthe night before we went to visit it (Don't try this at home kids)!

I went to this website and got the S.U.P.E.R tickets. This ticket some how got us to the front of an hours long line and entrance to two entrances to Palatine Hill and the Roman Forum. It's valid for two consecutive days and allows entrances to the these 7 places as well:

What was great was that the tickets were relatively cheap as well, 20 euros, per person.

These can be seen as part of the S.U.P.E.R tickets as well; it was amazing seeing the ancient Roman Ruins! We wanted to see Circus Maximus but it was closed down as part of some event that was taking place in a few days!

Trevi Fountain is something that everyone has to go to, to make a wish to return to Rome again! In order to get this photo, without everyone and their grandmother in it, we got there around 7:30 AM. If you wait until later in the afternoon you'll be taking your photo with everyone!

This is what happens when you wait to go and visit the Trevi Fountain! You get to take a photo with all the tourists who have awaken from their pasta coma's!

A really magical place to visit in the evening when the sun is setting is Piazza Navona! It is a square that was built in the first century AD where the ancient Romans would go to watch games (so it super historical and cool if you're a Greco-Roman nerd like me).

Bustling little square near the Pantheon!

This place is so alluring because it lights up at night, filled with open little shops and people blowing bubbles, making music and selling prosciutto! I got the chance to stop in a little store that was selling a truffle mushroom tapenade and cried because it was the best thing I ever had. In proper Julia fashion I bought 2 jars back with me!

Italian for the Mouth of Truth, the Bocca della Verita is something that is a true hidden gem. It currently sits along the left wall of the Santa Maria Cosmedin (which has the supposed skull of St. Valentine in it!!) If you want to enter in it, you must dress conservatively, so ladies no shoulders!

This giant marble mask depicts the face of Oceanus, one of the ancient Greco-Roman gods. The eyes, nose and mouth are both open because it is believed that water used to flow from all openings.

For some odd reason, people stand in line to stick their little mitts in the mouth, and I can't lie I did too! Also fun fact: It's technically free, but they do ask for a donation of any amount.

This was one of my favorite things to do in Rome! I always say if you want to learn about the culture of an area, go to its museums! The Capitoline Museum is €15 per person to visit and we did the self-guided tour.

There's so much art to see here, one could easily spend like 5 hours here, but I didn't wanna kill Keisha, so we were only there for a couple hours. It's definitely worth it if you care to learn about the history of Ancient Rome.

And last but not least, the Jewish Ghetto! This area of Rome is truly beautiful. First off, don't let the word ghetto confuse you; this quarter of Rome is extremely safe and has a lot of amazing things to see and eat, and even a little bit of some ancient ruins. 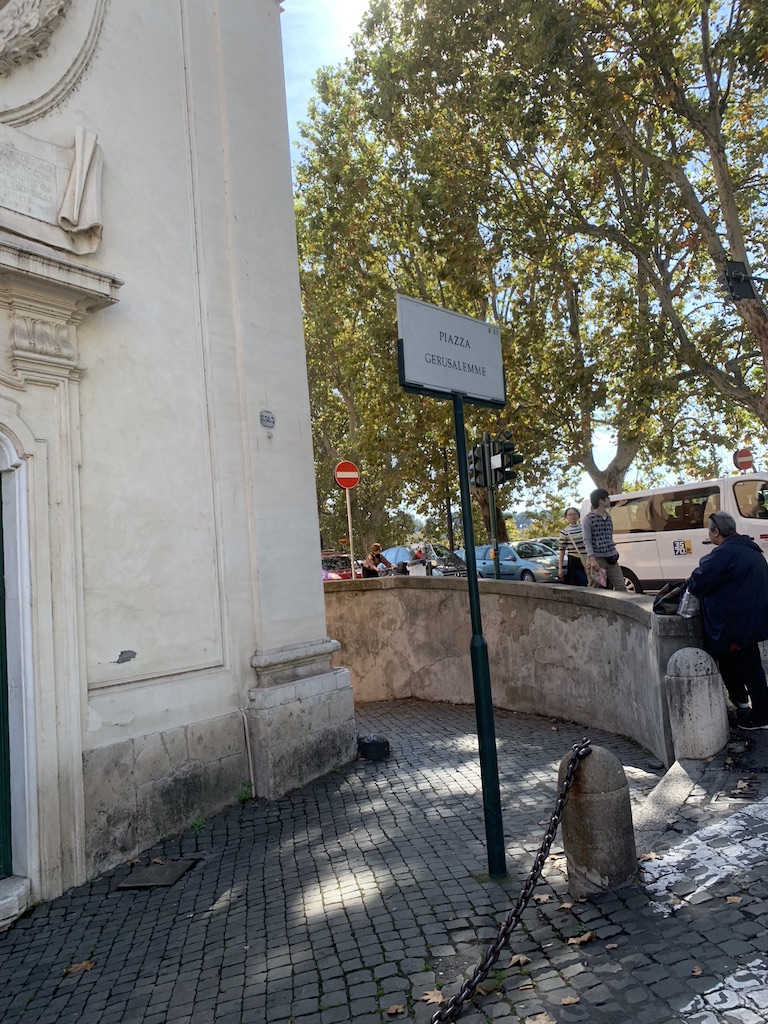 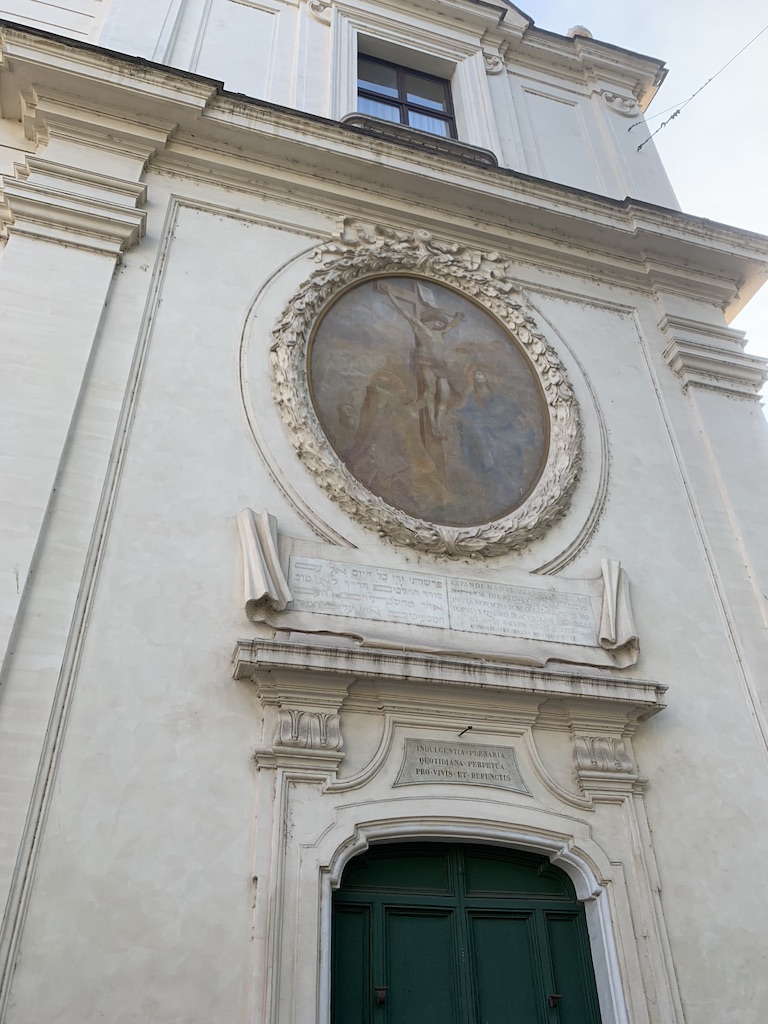 As I mentioned, there a few ancient ruins within the Jewish ghetto; it's not as extensive as those seen as Palatine Hill, but it is definitely something you should check out, plus it's free!

While in the Jewish Ghetto make sure you eat your weight's worth in artichoke! While there we went to Nonna Betta as it was recommended to us by one of the locals and was also shown on Anthony Bourdain's Part's Unknown! The food was really good and I definitely recommend going there. I got an artichoke pasta with lamb as well as Jewish artichoke and it was all delicious!

I hope this blog post was helpful! I loved Rome and I can't wait to go back one day, and I hope you get to visit soon my travel family!